Sunbird is a new messaging app that gives Android iMessage users all the features and the ability to combine the world's most popular messaging apps into one app.
Download APK
4.3/5 Votes: 182
Report
Developer
SunbirdVersion
1.0
Updated
Dec 27, 2022Requirements
Android 5.0 and plus
Size
91 MBGet it on

Sunbird Messaging APK: If you want to use different popular messaging apps such as WhatsApp, Facebook messengers, telegram and many more in one place, then we have brought an amazing application that will help you with this problem. The app is Sunbird Messaging APK which allows you to enjoy iMessage features on your Android device.

We know how you feel when you get a message from a friend and want to reply but don’t want to spend time opening all the apps. If so, the Sunbird Messaging mobile APK will be best for you because it helps you to get all the messaging apps in one place which makes it easier for you. In this post, we have shared detailed information about this Sunbird messaging app, especially the features that you can enjoy using on your Android device.

What is Sunbird Messaging Apk?

Sunbird is a new messaging app that gives Android iMessage users all the features and the ability to combine the world’s most popular messaging apps into one app. iMessage offers truly unified messaging, allowing you to securely communicate via SMS/MMS, WhatsApp and Facebook Messenger, all in one place. However, the app will continue to improve the user experience by adding more apps like Telegram, RCS, Instagram Messenger, Slack, Line and Discord in future updates.

Sunbird messaging apk server does not store user or personal information and provides safe, secure and private messaging. All types of messages, except standard SMS, are always encrypted and support two-step verification, making them more secure. This app has enough features and you won’t regret downloading or using this app on your Android phone.

Some outstanding features of this Sunbird Messaging APK:

iMessage for Android: The Sunbird Messaging APK allows Android users to not only connect iMessage with other users of this operating system but also send messages to Apple devices for free. In the Messages section, you will see a blue bubble-like iMessage feature which is used by lots of users.

High security: Moreover, this messaging app uses the latest end-to-end encryption technology, making it a secure messaging app. This means that messages are stored in bank vaults and not on servers owned by Sunbird’s parent company. This means that Sunbird cannot read or manage messages. It also uses two-step verification, which makes it more secure to use on your Android device.

Send messages quickly: With the Sunbird messaging APK, you can send anything quickly without facing any problems. Send iMessages with text, photos, audio, video, location, and cellular data to multiple people, whether they have an iPhone, iPad, Mac, iPod touch, or Apple Watch. You can also send standard SMS/MMS and pictures to anyone on any phone.

Supports various Messaging apps: If you use Telegram, RCS, Instagram Messenger, Slack, Line or Discord every day and want to communicate with all your contacts at once, then the Sunbird messaging mobile app is for you. The messaging app supports multiple chat services and makes it easy to follow conversations across platforms.

Reaction and forwarding features: The Sunbird messaging android apk has a unique ability to respond to messages and feedback. This means you can reply to someone’s message and send a simple reaction like “OK” or “Haha” without having to write a paragraph, which is a useful feature for users. It also allows you to forward messages which means you can forward a particular message to one or more contacts, without copying or pasting a text.

What is the Sunbird app?

Sunbird Messaging is a new messaging application that allows you to combine all your messaging services into one mailbox. This means you can send and receive messages from iMessage, SMS/MMS, Facebook Messenger, WhatsApp, and more in one place.

How do I use the Sunbird app?

It is not as difficult for you because you have to first download this Sunbird APK file on your android device and then set up your app within 60 seconds. Finally, your app is good to go, and start to experience the iMessage feature on your Android devices.

Does the Sunbird app work on iOS Devices?

No, the Sunbird messaging is not available for iPhone or iOS devices because the developer of this application has released the app on android devices. It means the iOS users have to wait for a few months until the developer releases the iOS version.

Is the Sunbird Messaging app safe to use or not?

Yes, Sunbird Messaging is safe and secure to use on your android devices because it uses its own servers that don’t store data and also comes with end-to-end encryption security features.

The Sunbird Messaging APK is an app that promises a lot of surprises for Android users. A valuable and convenient service for those who use multiple messaging platforms. As previously mentioned, messaging integration is often what customers expect when messaging between devices. If you have clients who need to communicate using multiple messaging systems, then the Sunbird messaging application will solve your problem free of cost. That’s why we have shared this wonderful application for you guys so that you can experience iMessage on your android devices. 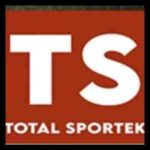